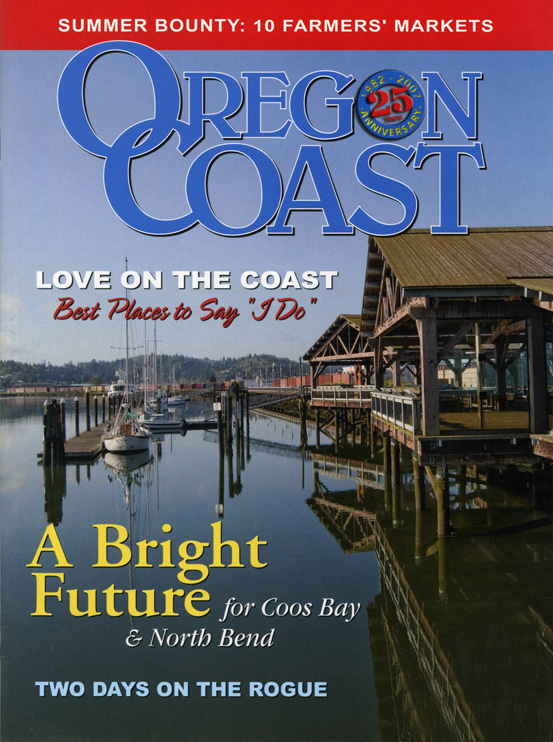 “How was your trip?” Getting paid to answer that question is essentially what travel writing is all about. As a contributor to several regional publications, my journey has taken me everywhere from a remote fishing lodge to a tattoo parlor to a Blazer Dancer audition. 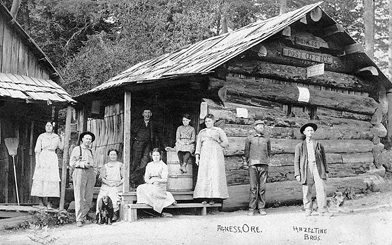 In 1895, a tiny outpost 32 miles from the mouth of the Rogue River was established to serve miners who had flocked to the area in search of gold. Like everything else in those days, mail service arrived by boat. Miners made the trip to the post office perhaps more often than necessary–not because they were eager for mail, but because Agness, the postmaster’s daughter, was quite a beauty. So much so, that they named the whole town after her.

While the postmaster’s daughter is no longer around to grace the place with her charms, her beauty lives on in Agness, a hidden gem that remains largely undiscovered to this day. The town boasts three lodges, a country store, a two-room schoolhouse, a tiny library, a museum, and about 100 residents. It’s almost better to describe Agness by what it doesn’t have: smog, traffic jams, urban sprawl, or anonymous neighbors. Read more

“It’s a way of life most people ought to experience at least once,” said local resident JR Jantzer, who moved his family there a year ago. Resident Cathy Warren agrees. “You get addicted to the quiet out here, and everyone looks out for each other,” she said. “I have a more fulfilling social life here than I ever did when I lived in a larger community.”

With the construction of several roads into the area, Agness is now easily accessible. You can also still go by boat, riding up on one of the tour boats that make the daily run to the area from May through October. It’s a great way to go, since you’ll have the benefit of a guide to share the area’s history and point out the multitude of wildlife you’ll undoubtedly see along the way. Both the Mail Boat Hydro-Jets and Jerry’s Rogue Jets provide a lunch break in Agness, where you can sample the down-home cuisine of one of the three historic lodges. After lunch, boats return to Gold Beach, the tour’s launching point.

But the best way to see Agness is to stay awhile. That’s easily done by booking accommodations at one of the lodges or at Agness’ newest option, 2 Rivers Vacation Rentals, located where the Rogue and Illinois rivers meet. Hosts Hugh and Bridget McGinnis also rent Tahitis, small inflatable boats similar to a kayak but more stable and easier to navigate. They offer a handy shuttle service to several launching points, where you can paddle down the river and spend a glorious day floating through pristine canyons and gentle riffles.

If you’d prefer to sleep under the stars, the surrounding area boasts beautiful campgrounds at Foster Bar, Illahe and Oak Flat, all of which feature idyllic campsites right on the river’s edge. Hikers can choose from a large network of trails, including the Rogue River Trail, Illinois River Trail, and Pine Grove trail.

As for fishing, perhaps a sign at the one of the local lodges says it best: “Agness: a small drinking town with a large fishing problem.” Anglers will find themselves in fishing heaven, as the river teems with salmon and steelhead practically year round. John Carl’s Guide Service offers full or half-day trips, or you can find your own quiet fishing hole and drop a line.

When you venture “downtown,” and I use the term loosely, pop into the Agness Museum located in the old Forest Service Guard Station, which features a wealth of local history and several ancient Native American petroglyphs scattered around the grounds. However, gaining entrance in the off-season can be an adventure in itself. Hugh, who was serving as my tour guide, called the museum to check their hours and received the following reply: “We don’t really have hours, you just need to find someone with a key. I think Moose might have it.” Thus began the search for the elusive Moose, who was not to be found at his usual haunts. However, a bemused Hugh assured me that the museum keeps regular hours during the high season.

Possibly one of the most rewarding ways to end a day in Agness is to do as the locals do: grab a spot at the picnic table outside the Old Agness Store, have a cold drink (beer seems to be the beverage of choice), and enjoy some good conversation with the residents. As a sign outside the store states, “If they don’t know, they’ll tell you a lie.” Just don’t expect anything you share about yourself to be kept secret for long. “You know the saying ‘What happens in Vegas stays in Vegas’? Well, what happens in Agness gets blabbed everywhere,” laughed Cathy Warren.